Gov. Bobby Jindal (R-La.) singled out President Obama as an impediment to economic growth and a threat to Americans’ freedom.

“This president has tried to trample on our Second Amendment rights, now he’s going after our First Amendment rights,” Jindal said in an exclusive interview with The Foundry. “I think that’s a very dangerous thing.” Without the Founder's foresight we wouldn't and couldn't be the country we were and can be again.

Bobby Jindal hit that nail square on the head  !

its ironic that the same week the supreme court listens to arguments from the Obama administration on the violation of our religious rights by the government.....Obama sees the pope. its like mixing peanut butter and mustard. our right and our religious rights are slowly being eliminated by this government...and we are being punished for speaking out. the war on Christians and pro constitutional rights are also being violated.

Frankly  isn't everyone upset for the congress people or senate people that are not screaming about religious liberty??  I sure am  makes me wonder what are they loyal too  Islam or what. 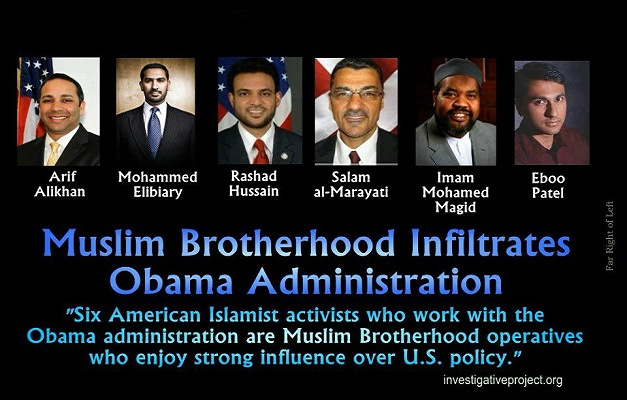 Been a long time since something this profound has been spoken.

I finally hear a politician that I would want to vote for.  America is going down a lot faster than I EVER thought it would.

BROVO, Gov. Jindal, I can't imagine anyone saying better. You are exactly right. Without the quest for our religious freedoms, we would NEVER have left England for the New World. Thank You sir.

The man spoke the truth.  Must be driving the libotards and atheists nuts!  Keep it up Bobby!!

Here in CA we have another India - heritage man on the Republican ticket for Governor. Neel Kashkari is a bright technocrat - we both graduated in Engineering from U/Illinois, but he went on to NASA and then to work in the Bush Administrations. I met him at a luncheon last week and found him quite charismatic.

Given his views on social issues and climate change, I hope he gets the chance to have a long talk with Bobby Jindal.

To support Bobby's view, I just finished a piece on a different view on religious freedom than Thomas Paine in his "Age of Reason." IMO we must change the argument from the tactics of the "progressives" to one based on our own foundations.

Attached is my humble effort.

Mr Todd....you are 100% wrong... The Roman Catholic Church was banned and forbidden to own property in the Colonies....there was not one single Roman Catholic AMONG the founding fathers...

GET your propaganda off the web... it is a blatant lie ..  NO Catholic was allowed in the colonies or to own any property in the Colonies... THAT IS FROM VALID certified HISTORY.