The mainstream media has refused to cover President Trump or anyone associated with him in a fair light. This destructive bias ALMOST gave  rise to the assassination of Ivanka!

Adames Benitez, 52, tried to make it inside Trump Tower this past Thursday. The Secret Service noticed he was wearing a bulletproof vest and arrested him. The 52-year-old also possessed throwing knives, a sock filled with weights, and a fake ID, according to Allen B. West.

Benitez strolled into Trump Tower and told security he was a U.S. Senator who arrived to speak with Ivanka Trump about her clothing line. Luckily, this psychopath was caught before he could turn the situation into something deadly.

After Adames’ arrest, he was sent to the Weill Cornell Medical Center in New York City for a psychological evaluation. This seems like another case where the Left pushed until someone finally snapped. This isn’t the first time something like this happened, and it certainly will not be the last.

Democrats from all walks, including the media, political figures, and other citizens, seem to be the same. They all want to disrupt the president from doing his job on a daily basis.

These extremists will incite violence against President Trump’s family. It’s disgusting that they carry this type of view of our president.

The media may blame Trump for this incident. This isn’t surprising from the Left-hand demographic; 93% of Liberal media coverage about Trump is negative, per Washington Examiner.

The correlation between the media’s negative coverage of Trump and the radical Left-hand citizens trying to attack him and his family is something that can not be overlooked.

The media is a problem due to the widespread violence that has occurred. A large difference between the two parties is the paradigm shift; when Obama was in office, Democrats and the media encouraged Americans to work together.

Another issue at hand is the fake media coverage caused by Left-hand activists. Republicans are prone to being slandered by fake media accounts, which rises whenever a Democratic official is not elected.

The media should be ashamed of themselves for promoting hatred that puts the first family at risk on a daily basis.

Secret Service had a busy day after an unwanted visitor showed up to Trump Tower yesterday afternoon. As it turns out, a man decided to stop by in hopes of visiting with Ivanka Trump for a few moments – but it’s the sick “gift” he had on him that has officials on high alert.

It all started at about 4 p.m. as a man approached Secret Service in the New York Building and identified himself as a U.S. Senator. Even more strange, the man stated that he owned the Manhattan skyscraper and was hoping to meet with Ivanka in order to speak with her about her company’s dress line.

As it turns out, the man would later be identified as 52-year-old Adames Benitez, but the reason he was actually there proved to be far more sinister than he let on. According to The Daily Caller, things took a turn after Secret Service noticed that the man in question was wearing a bulletproof vest.


After noticing what he was wearing, the Secret Service, of course, decided to opt for a quick pat down. Much to their surprise, agents found that Benitez was carrying two throwing knives, a weighted sock, and a fake New York State I.D. card.

Apparently intent on inflicting bodily harm on Ivanka, the man was quickly arrested and taken to Weill Cornell Medical Center for a psychiatric evaluation. Fortunately, Ivanka wasn’t in the building at the time. As an adviser to her father, President Donald Trump, she is currently by his side in Europe for the G20 summit.

Benitez has been charged with weapons possession and having a bogus ID as NY Daily News reports, but his case sheds light on a more serious matter. Although the leftist mainstream media would have you believe that all the violence in this country stems from President Trump and his supporters, we’re seeing that this is not the case.

Beyond all the senseless violence seen inflicted on Trump supporters by deranged liberals, we’re now seeing homicidal attacks being carried out by those on the left. Between this and the most recent attack on GOP congressmen in Virginia, well, it’s getting harder and harder to hide the true face of so-called “progressivism” at this point.

The left can lie all they want about Trump and his supporters, but the fact of the matter here is that they are the problem. You see, as they listen to networks like CNN and make sure to stay inside their bubble by only speaking with people of like mind, these liberals create a problem for themselves.

In the end, they’re essentially brainwashed into the belief that they’re well within the majority when, in all reality, they’re not. After all, Trump was elected president despite the lengths in which the left went to assure the American people that it would never happen. They can lie all they want, but in the end, they’re only hurting themselves and, in the meantime, the disturbing nature of the left is exposing itself one disgusting act after another. 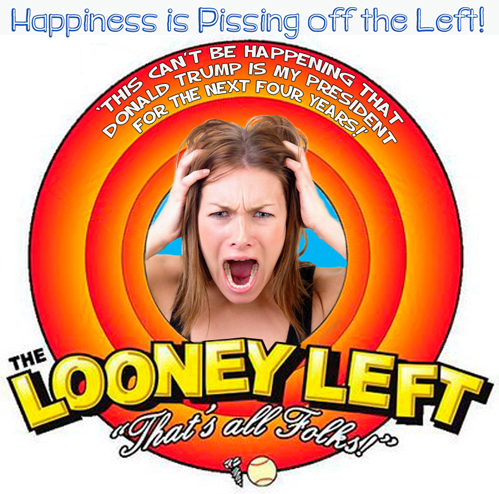 Democrats just can't get over losing the election.   I wonder if they even understand that their AGENDA OF VIOLENCE contributed to their loss? 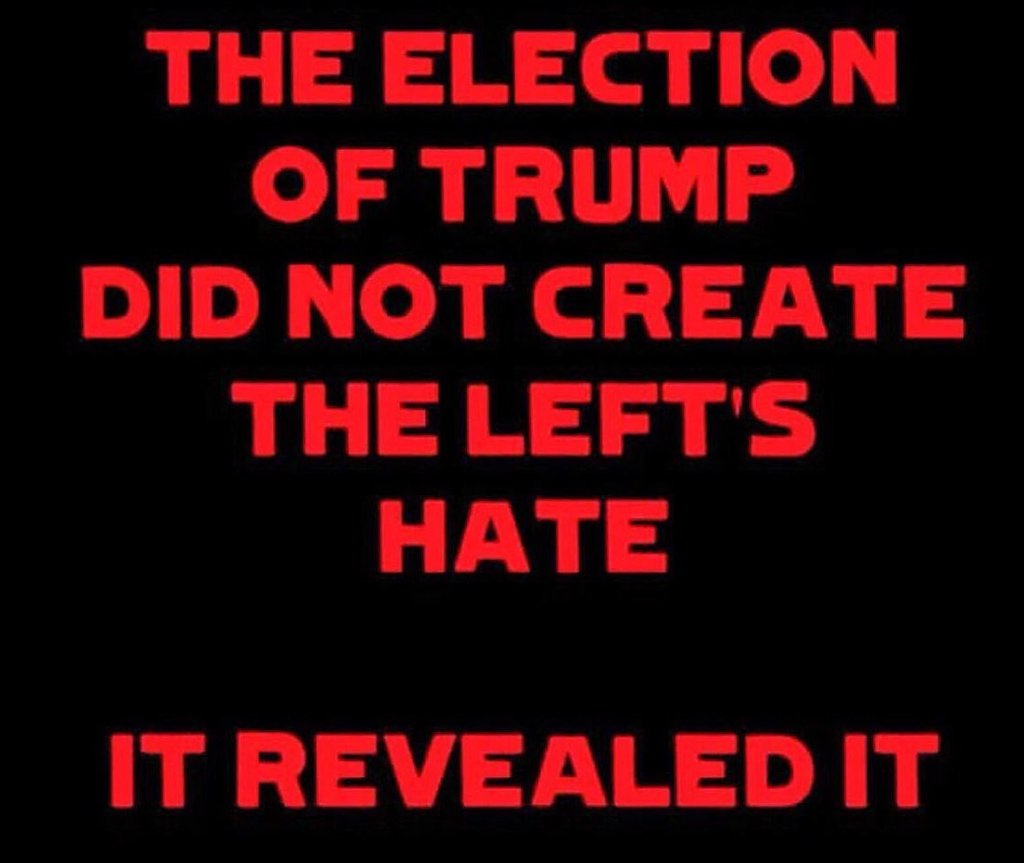