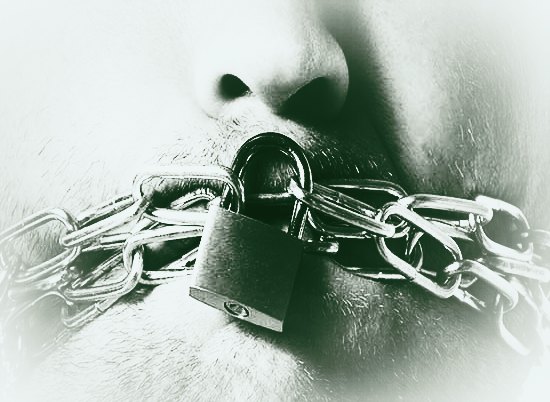 Conservative firebrand Ann Coulter’s scheduled speech at the U of California Berkeley is off, it’s on, it’s been delayed, the student groups sponsoring her appearance are suing the University, she’ll speak indoors, she’ll speak outdoors, and on it goes.

University officials have said they can’t guarantee Coulter’s security, unless, apparently, she gives her speech during the week in the afternoon while most students are studying for their final exams. Why don’t they schedule her talk somewhere in Alaska at three in the morning? That’ll work, and free speech will emerge victorious.

Aside from paid agitators brought in from the outside by George Soros money, the student body at the University is opposed to Coulter speaking, or they’re too passive to care, or they’re too cowed to step up and demand she has the right to air her ideas.

Here is the op: the University bosses have brought all this on themselves. Their claim that they can’t protect Coulter may be true, but that’s because, for decades, professors have been teaching crap and pap and programmatic socialism and various forms of collectivism, and they have purposely neglected the Bill of Rights and individual freedom.

University bosses have been seeding departments with teachers who are so far to the Left they can’t get dressed in the morning without government aid. And the radical Left is all about debate only in the sense that they want to curtail it, shut it down, destroy dissident voices, and thereby save the world.

So naturally, in the fullness of time, students are going to follow suit and get in line. Rational discussion of opposing ideas? Never heard of it. Why in the world would they allow Ann Coulter on campus to spread dangerous thoughts?

Dangerous=someone somehow might start to think on his/her own, against the prevailing tide.

There is no room for this at UC Berkeley.

Behind this buzzing swarming cloud of totalitarian policy, there are, of course, genuine issues students could be investigating. But that must not happen. I’m talking about money, as in: who is sponsoring research projects at Berkeley? Projects related to the war machine; psychiatric “mental health” toxic-drug research; GMO research; and other mega-corporate favorites.

For example, the book, “Engineering and War: Militarism, Ethics, Institutions, Alternatives,” mentions a $70 million program that links no less than 200 US colleges in a Homeland Security program, to establish a DHS “center of excellence.” “Experts” from UC Berkeley are involved. What’s that all about? Colleges all over the US are cooperating and collaborating.

“Well, let’s keep that project quiet. Instead, let’s have students protesting and rioting against free speech. Let’s have them feeling triggered and demanding safe spaces where they can drink hot chocolate and play with model trains and dolls.”

For many decades, US colleges have been feeding from a federal money trench to aid and abet the national security state. That would include expanding surveillance on American citizens, profiling, and various forms of propaganda, for starters. If you factor in DARPA, the research arm of the Pentagon, you would be talking about research on the brain and cutting edge mind control.

But instead, no, don’t look there; keep Ann Coulter from speaking at Berkeley. Save humanity.

Instead, let’s have them keep Ann Coulter from speaking at Berkeley.

And certainly, as colleges and universities across the US raise their tuition and matriculating costs to the sky—BECAUSE the federal government has a deep-pockets student loan program—let’s not make that connection. Instead, let’s saddle college graduates with massive debt.

As they walk off campus for the last time, contemplating their future of trying to pay down that debt, they can congratulate themselves, because they kept Ann Coulter from coming to Berkeley.

And thus saved the world.

“What did you do at college, Daddy?”

“You mean way back when, before I went on Welfare? I kept a fascist from giving a speech. I can’t remember her name now. But she was a threat, believe me. We had guts. It took a few thousand of us to keep her away. There were rumors she was bringing a few tanks and weaponized anthrax with her…”

Geeez, Too bad her speech was cancelled. While I feel her safety is most paramount, it's just so unfortunate that her voice is being unjustly stifled. However, I will say this, Ann Coulter definitely has MORE guts than the entire GOP party, since the last few years, including today and for the foreseeable future! .....and I will continue to applaud her for her brains and her titanium spine!  You GO Girl!

The conservatives should have taken a stand on this issue! Perhaps we should have drawn blood! Eventually it's going to come down it! Take some blood now and be done with it!

Join us for an afternoon of FREE SPEECH in America.

Please send to your like-minded friends!

Kyle Chapman – AKA Based Stick Man

If you can’t join us, please donate to help defray the travel costs those who can.