9 Things That COULD Happen if Trump Don't Build "The Wall"!

9 Things That COULD Happen if Trump Don't Build "The Wall"!, I love a good drama video of a truth. Mixing political humor, in the mix of things. Plus, faith in God to help us as it is needed.

9 Things That COULD Happen if Trump Builds "The Wall"- YouTube 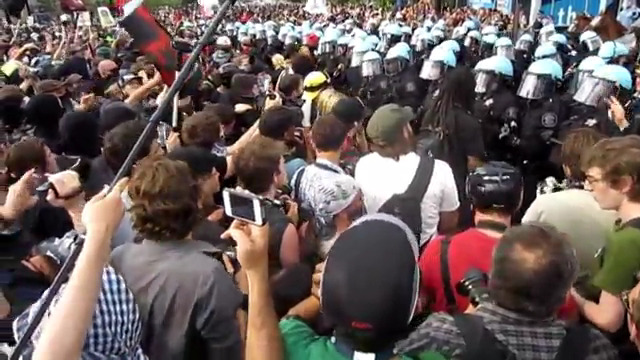 Do I detect a grain of hostility Tif... I posted information some may need... not everyone is as smart as you. So, they may want to know that Mass Migration policy has long been the goal of the Socialist International... the leading Marxist organization in the world.  It is not the product of NGO's.

Communism is not dead... it has morphed in its approach to world domination... choosing a modified form of Marxist/Leninism. One that relies on a peaceful proletariate revolution from within...This form of communist doctrine resulted from the failure of the industrial revolution to industrialize the third world... the basis to propel a Marxist style revolution

We are now witnessing this new brand of asymmetrical revolution...a  revolution by mass migration.

Permalink Reply by Henry Massingale on February 25, 2019 at 4:07pm
NGO's are taking a in-depth step in the wrong path. Israelis made this very clear, stop controlling our Israel Government with your blood money.
Norman Dodd worked for the Banking system, ordered to investigate international banking and the involvement of US Banks, Norman Dodd recommended that the US banking system should not become a part of that system.
Norman Dodd was dismissed from his job and threaten by the Banking Elite not to make public his findings.
Before he died, he did make it public.
And you Mr. Nelson stated you worked for the Bank, then you should know of the way NGO's now control all the banking systems.

There is nothing new about the Banking system controlling much of our commerce... if not them, then who?  The polit-bureau or central committee?

Banking plays a major roll in Capitalism... The problem with any of mankind's institutions is that they are all subject to moral corruption... from sin.  It takes a moral people to have an equitable system of commerce and social engagement.

We can only do what we can ... within the system we have... making the best choices possible.  Yes, NGO's are conforming to the new world order... yes, they want access to world markets and yes, banking interests and the UN ... EU and a multitude of international agencies complicate trade, the rule of law, and our financial systems.

The uniting of the Underground Militia, states this change your ways.....

This is the issue with we can only do what we can within the system we have making the best choices possible.

We are going to shut is all down, there is nothing that can do to stop this unless they wish to respect the foundation of what God and this Country stands for.

They can delete accounts, they can take web sites off line, but they can not stop over 1 million Anonymous Hackers in just America, united with the underground militia.

I have another video to put on line, but the best is to come.

The underground militia is so underground that it needs resurrection...   there is no way men armed with small arms are going to stand up to our military and police state... this is not 1776... and the militia is not organized, equipped or trained like the militia of our founders...  they were on parity with King George's military... they had cannon, muskets, and a Navy along with an Army...  Any underground militia has none of these things in the numbers or condition to stand up to the US Military... suicide is what they will be committing if they attempt to rebel. I strongly submit it is not only criminal to engage in such actions, these actions will only lead to greater loss of liberty... starting with the confiscation of all firearms and the application of martial law.

What makes you even think its your military anymore? You just yak yak yak ...bla bla bla.

And all they have if pop guns?

Do you bother to read what people post... I certainly did not state that the US Military was firmly in the hands of the People... or that it could be counted on if the people were to revolt.  It all depends on how the revolt occurs and what the US Military knows about its source and purpose.

A Professional Standing Army... responds to its leadership and their loyalty to the general public is questionable due to their regimentation and the narrative they are given when ordered into combat.

The idea that an underground militia, of unknown numbers, lacking any established order of battle, or equipment found in most conventional forces... without a Navy or Airforce... is a match for the US Military... is non-sensical insanity.

I will not engage you or anyone else in your group, in a debate on this issue, as my 26yrs of Military service as an officer in the US Army certainly makes me eminently qualified to make the above statements... and the lack of military training or experience disqualifies you and most everyone else on this site from making informed, professional, comments in such a debate.

You see your statement, it lacks vision. I mean what you think, they are going to line up like toy solders, waving the flag???

Your statement is a joke.

At least 50% of the military would defect against the EU and the UN, bet your back side on it.

AND YOU DO NOT UNDERSTAND WE ARE  NOT A GROUP, do you know why most get burnt out blogging here, more so with your, Globalist POINT OF VIEWS....

No one is afraid of them, you can bank on that Globalist Bank...., bet on it.

It would be nice if you would not engage anyone on this issue. Nam was a long time ago.

Nam ... was a long time ago... but Iraq was not... I served 14 months in Iraq as a DOD Civilian working in support of the State Department ... much of it outside the wire.

As for combat experience, I have more than most and I certainly know our Military's capacity.

As for this mythical Underground Militia, they have been and will continue to be demonized as terrorist. The US military will be told they are seeking to overthrow the duly elected government.  Without any central communications or recognized leadership, the disparate elements of the underground militias will find it difficult to coordinate their defense...

The underground militias will be seen as rogue radicals by most of the US Military and as enemies. They will be identified, isolated and eliminated post haste by our military... these rogue elements will find it more than difficult to resupply and maneuver ... to hide and escape the wrath of a modern military.  Unlike our founders they will not be able to hide in the forests of Pensylvania or Virginia... they will be identified and destroyed.

Most of the military will treat a revolt by the Underground Militia as a terrorist action... having nothing more than the MSM and their superiors to inform them on the facts.  In case you have forgotten the US Military is being culled of those who refuse to fire on Citizens... the leadership in the military are constantly surveying and identifying those who will not fire on US Citizens... isolating them and eliminating them from key positions.

In addition, the military is being indoctrinated and conditioned to respond to civil unrest with force of arms... they are being prepared to believe rogue elements of the far right or left will rise up as terrorist groups requiring the intervention of the US Military...

Wake up Hank... pop guns and Boyscout regiments will not have a chance against our military.

Nelson, from my understanding  underground militias are not a, enemy, I do remember every word, of their video, will they allow us our own home?

And this Gov has become enemy, Trump is holding together as best as he can, my opinion.

What are they doing, pushing LGBT in front of Children.

To replace America, as a state under the UN.

I can not support your comments, because before all said and done, a war will start. I will give my life in that fight. I also do not own just pop guns.

I am not saying that the underground militia is the enemy...

I attempted to state, that the militias are being portrayed as the enemy by the government. They are being demonized by the government; categorized as terrorist and the Military has been INDOCTRINATED to accept that view of the private militia.

Rosie... glad to hear you own more than just pop guns. How many M-1A2 Abrams Tanks do you own...how about 155 MM howitzers... any F-15's, Aircraft Carriers, etc., etc.? This is not 1776 our founders had similar weapons and were on parity with the British Military ... the militias of today are woefully unprepared and equipped.