Our Jewish Congress At it's Best... A 79-year-old woman in Ohio has just been sentenced to prison for the crime of feeding stray cats.

Nancy, who lost her husband Edward and her own cats in 2017, told local news that she had reached out to local organizations for help with the cats, but without any success.

A petition has been started demanding “Segula be given a lighter sentence and be allowed to stay home, and end ordinance 505.23 right now!” At the time of writing over 800 people have signed the petition. Activist Post reports: When her neighbor moved away, he left a couple cats behind, and they became very hungry.  So Segula would feed them and care for them, because she didn’t want them to suffer.  Well, eventually one of her neighbors found out about this, and the animal warden was called…

“It began in 2017 with me feeding stray kitties. I used to have a neighbor that had a couple cats and he moved away so he left them,” Segula said. “I would always feed them and care for them because I was worried about them and I’m a cat lover. Once my neighbors got upset about it, they called the animal warden.”

Segula wasn’t about to abandon the suffering cats, and so she just kept on feeding them, and the neighbors kept calling the animal warden.

Over time, she received a total of four citations.

Unfortunately, the most recent citation required her to appear in court, and when she did a judge sentenced her to 10 days in jail…

Her latest citation required her to appear before Magistrate Jeffrey Short last week. He sentenced her to 10 days in the Cuyahoga County Jail.

“I couldn’t believe what my mother was telling me. She gets 10 days in the county jail, I couldn’t believe it,” said Dave Pawlowski, her son son. “I’m sure people hear about the things that happen downtown in that jail. And they are going to let my 79-year-old mother go there?”

Is this what our society has become?

Putting a 79-year-old woman in prison for feeding stray cats is stone cold crazy, but this judge in Ohio is actually doing it.

Are we going to start putting all senior citizens who feed cats in prison?

Update: Due to report to the Cuyahoga County Jail on August 11 to serve her sentence, Segula has been granted another hearing:

Magistrate Short imposed the jail sentence while filling in for Judge Jennifer Weiler, who had the week off. In response to the controversy surrounding this case, Weiler wants to hear the case herself, according to a bailiff in her court. She scheduled a new hearing for August 6.

Segula, who hopes to be spared from jail time, wants the stray cats to be rescued and rehomed. Local organizations and institutions, including PAWS Ohio and Stautzenberger College, intend to help with this effort.

I agree... blaming Jews in Congress for an idiot Local Magistrates abuse of his office is unacceptable.  The County Magistrate is the problem not members of Congress or Jews.

I like what Steve stated about Obama, it made headlines...:)

So our US Jewish Congress is Sodomites most of them...:) 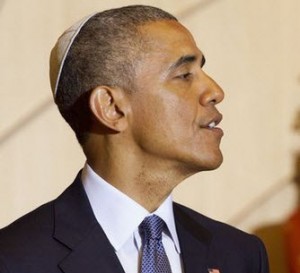 My comment was about this lady being put in jail for feeding cats.

The Federal Government has nothing to do with the  Court or the Local Ordinance used to send this woman to COUNTY JAIL...  It is a county issue.

Of course, that doesn't stop certain parties from posting ignorant and inflamitory headlines like this:

"Our Jewish Congress At it's Best... A 79-year-old woman in Ohio has just been sentenced to prison for the crime of feeding stray cats."

These types of blogs destroy the credibility and character of this website... they are ignorant, obviously anti-Semetic, and intended to inflame debate... rather than, to inform or engage in civil discourse about issues of national concern.