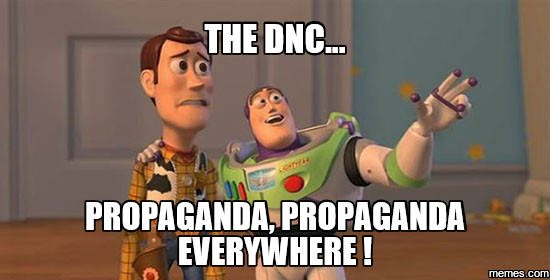 The desperate flailing of a mainstream-media struggling through the five stages of grief continues as no lesser unbiased foundation of the fourth estate than The Washington Post pushes ahead with its "fake news, blame the Russians" narrative for why their candidate failed so miserably.

Citing "two teams of independent researchers" (who surely have a substantial libel litigation provision)  who found "Russia’s increasingly sophisticated propaganda machinery... echoed and amplified right-wing sites across the Internet as they portrayed Clinton as a criminal," the Jeff Bezos-owned website names Drudge, Zero Hedge, and The Ron Paul Institute and countless other outlets among the "useful idiots" that true American patriots should be wary of.

“The way that this propaganda apparatus supported Trump was equivalent to some massive amount of a media buy,” said the executive director of PropOrNot, who spoke on the condition of anonymity with the Post.

“It was like Russia was running a super PAC for Trump’s campaign."

In the wake of the election, fake news and its spread on social media has come into the spotlight - for our latest thoughts on this topic please see our "thank you" notefrom last night.

President Obama denounced the attention garnered by false information last week, saying: “If we are not serious about facts and what’s true and what’s not … if we can’t discriminate between serious arguments and propaganda, then we have problems.” And as The Hill reports, a sophisticated Russian propaganda effort helped fuel the spread of fake news during the election cycle, the Washington Post reported Thursday.

“They want to essentially erode faith in the U.S. government or U.S. government interests,” said Clint Watts, a fellow at the Foreign Policy Research Institute who co-authored a report about Russian propaganda.

“This was their standard mode during the Cold War. The problem is that this was hard to do before social media.”

The Washington Post states - without irony - that there are now scientific studies that show how the Russians influenced the 2016 election...

The flood of “fake news” this election season got support from a sophisticated Russian propaganda campaign that created and spread misleading articles online with the goal of punishing Democrat Hillary Clinton, helping Republican Donald Trump and undermining faith in American democracy, say independent researchers who tracked the operation.

Russia’s increasingly sophisticated propaganda machinery — including thousands of botnets, teams of paid human “trolls,” and networks of Web sites and social-media accounts — echoed and amplified right-wing sites across the Internet as they portrayed Clinton as a criminal hiding potentially fatal health problems and preparing to hand control of the nation to a shadowy cabal of global financiers. The effort also sought to heighten the appearance of international tensions and promote fear of looming hostilities with nuclear-armed Russia.

Two teams of independent researchers found that the Russians exploited American-made technology platforms to attack U.S. democracy at a particularly vulnerable moment, as an insurgent candidate harnessed a wide range of grievances to claim the White House. The sophistication of the Russian tactics may complicate efforts by Facebook and Google to crack down on “fake news,” as they have vowed to do after widespread complaints about the problem.

The report from PropOrNot, provided to the Post, identifies more than 200 websites that routinely pushed Russian propaganda to at least 15 million Americans, and found that false stories pushed on Facebook were viewed more than 213 million times. You may be surprised by some of the sites on the list (it seems even satirical fakes news sites are propagandists too)...

So in other words, any and every one who is anything but a liberal drone is now a Russian plant? McCarthy would be proud.

Permalink Reply by PHILIP SCHNEIDER on November 26, 2016 at 8:37am
Washington Post, need I say more?

Great post and info. Now I have even more sources. hahahaha!!

Washington Post practicing Alinsky Tactics ! IE Blame others for what you are guilty of ! The Russian Government had as much to do with Donald Trump winning the 2016 presidential election as I did having the SUN come up this morning ! Liberalism is a mental disorder !

I need something to line my birds cage, the wapo is JUST RIGHT!!

Permalink Reply by Hilary Joseph Hogan on November 26, 2016 at 9:47am
Where is that video clip of Putin laughing. They are so pissed that ass is frosting. Maybe a brain freeze too. sorry, I remember human brains aren't involved in this article.

This whole post seems to be hinting that WaPo and the big eared fake illegally residing in the White House can BE believed..... N  O  T  !!!!!!!!    That lying sack of #@!**    has not uttered a truth since he came here illegally to lie and get his college years paid for by someone else ( In all likelihood       ANOTHER     Dimwit from the far left. YOU GO PRESIDENT TRUMP !!!!!   Have them all locked up for treason and summarily hung by the neck until dead, or face a firing squad who will start at the toes and slowly work their way UP !!!!

Sociopathic DNC symptoms: 1)huge sense of entitlement 2)don't learn from own mistakes 3)can't go a day without creating some chaos for somebody or getting it over on somebody 4)never understand that they did anything wrong 5)blaming others and in fact, wanting others to feel that all the bad things are their fault...

Ironically, every single thing that the Progressive Democrat Party has accused Donald Trump and his campaign of have been shown as being done by Hillary Clinton's Campaign as well as the DNC.  The have used the psychological defense mechanism of "projection" to do this, including the self destruction of the Republican Party which happened to them.  Now they are using the term "Useful Idiots" which is a communistic term which we have ascribed to the under-educated Democrat voters who were so easily manipulated by Hillary's campaign.  This is truly what happens when you go to over-educated college professors who are out of touch with reality, to run your campaign and its compliant media.  Interviewing this "protesters, (who are bought and paid for) will demonstrate that at the grass roots.

Who cares what these nut jobs think!

“If we are not serious about facts and what’s true and what’s not … if we can’t discriminate between serious arguments and propaganda, then we have problems.”

And as The Hill reports, a sophisticated Russian propaganda effort helped fuel the spread of fake news during the election cycle, the Washington Post reported Thursday.

& a VIDEO was what got Ambassador Stevens and THREE Others KILLED 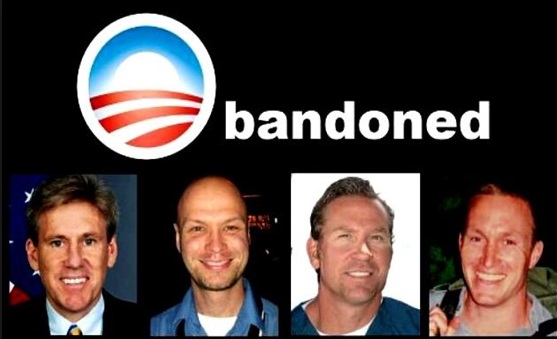 Horse Hockey. The Washington Post is simply out of ideas, being totally declared as "Yellow Journalism" it has no value.    Desperation makes them come up with some pretty ridiculous accusations.   Only use is for lining the bottom of a Bird Cage.