At 9:14 p.m. ET, the UN News Centre tweeted a link to Avaaz, which has a page set up urging Americans who live abroad to defeat Trump.

“We can defeat Trump … if 8 million Americans abroad vote,” the site proclaims.

The web page is titled, “The October surprise that will end Trump.” 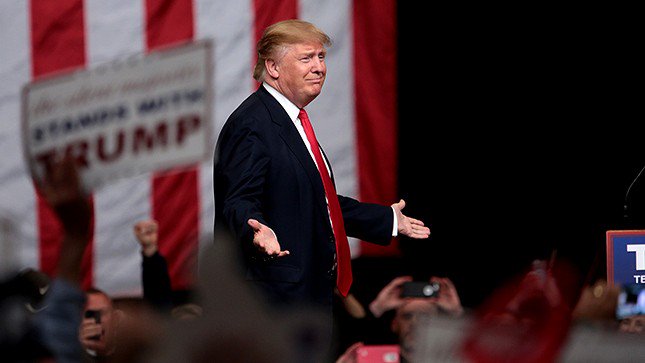 
“At a time when Trump is trying to divide us, we could help defeat him if we all share this page with EVERYONE. Let’s reach every US voter abroad,” the site reads.

Politico reported that after about 20 minutes, the tweet was removed.

An errant tweet has been deleted from this account. The cause is being investigated. Our official site for UN news: http://un.org/news

“That tweet did not originate from the UN News Centre and this was the reason for it being taken down,” he said. “We’re looking into its provenance.”

Not everyone accepted the notion that the tweet was purely accidental.

“While the news chief may not have written the tweet himself, we think it safe to say the content clearly reflected how UN members truly feel about the U.S. presidential election. It’s not as if they need to hide their bias or inappropriate actions now,” wrote Tiffany Gabbay on TruthRevolt.

What do you think? 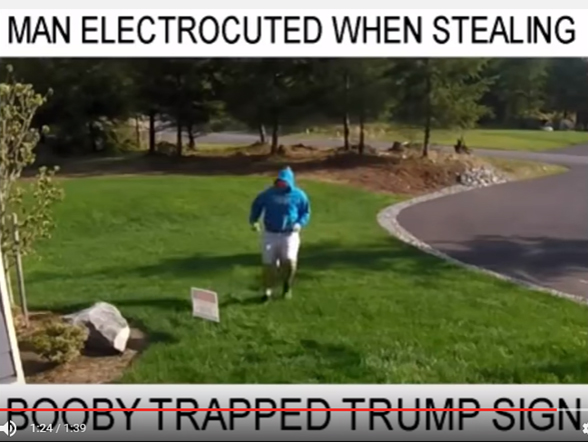 And aren't we 'all' upset about this?

This is a blatant abuse of power by the UN to interfere in our elections.  I swear these liberal "Progressive" elitists have absolutely no morals or sense of right or wrong.  This is yet another reason why I an millions of others say we need to scale back our UN membership as they have overstepped their bounds and do not respect our sovereignty as a nation.

Yes, Roy ... it is a blatant abuse of power by the UN.  One they would not have exercised had Obama not surrendered control of the internet to them.

However, you should see the humor in it as well.

Just hear me out.  According to the polls this morning on my local news network; Americans 'overseas' overwhelmingly support Trump (that includes our soldiers based abroad).

That means ..'if' every American abroad votes (and their votes are on time and counted) ... Trump would win the election.

You know that Trump is the man when the Muslim run United Nations are pulling for Clinton to continue the Obama work of selling America and her citizens down the river.. for radical Islam to rule the world..

Even the elitist from other countries are fearful of Trump's threats to clean this country of corruption. The UN knows that Trump will refuse to pay them more why they pay less.

Did the UN not know that according to the polls the Americans abroad support Trump?

Or maybe, they found out ...and that's 'why' they deleted the tweet?

What  happens in America is non of the U.N.s business, they seem to think because the criminal President illegally wants them to interfere in our countries business they have the right to be involved in everything,THEY DON'T!!,every body is lying about Trump, he is all we have to count on, Hillary is a criminal and is ill and isn't qualified to be President, the Democrats are too much like the Mafia,thieves and liars who break the law and try to hide it from the people who count, the American people.

Permalink Reply by Skip peters on October 1, 2016 at 12:10pm
One of the greatest attemp of a group of Nations to over through a Government Election campaign aginist Trump. When a group of governments control the people the evil power has gained victory. As Americans we have got to stop the United Nations, and push them out of our country no matter what party you belong this is a attack on all Americans. When you take out the Light darkness moves in and America is lost in her darkness of open sins. When America took down the monuments of the 10 Commandment, and the Cross and now have raised the Rainbow White House and now Obama I seeking places to put up monuments up to raise the gay community to a great thing.

Hillary Clinton said that there has got to be a change in religious belief in order to push Abortion around this country and the world. Any body that calls them selfs a Christian and votes the evil that Hillary Clinton wants to bring to the American people and the rest of the world is lost in there Party rather then the belief in Christ. The Devil is leading the leadership of this Country and so far has brought down this Country to the highest debt, the worst racist time, and push the gay power over those of faith.

The next Surpreme Court Judges will put in place, laws aginist our foundation and remove our freedoms one at a time. We are in darkness, and that darkness is about to trample over all Americans. This Country was the Greatest Country in the world, but has falling with the liberal leadership over the years. The farther we get from God the worst things get. It our generation that must bring back the greatness of America.

You Might not like Trump, but you should fear Hillary much more then your feelings of dislikes for Trump. The moral side of Hillary has no light of goodness, but only brings more evil to our country. Stop and think how much farther are you willing to fall to support the Democrat Party. The only Hope America has is for our people to stand and Pray for our mistakes and repent from our Ways and ask God to forgive us in the name of Jesus.

Permalink Reply by Douglas W. Rodrigues on October 1, 2016 at 1:17pm
If Trump gets elected, I hope he gets us out of the worthless UN.

Send the UN out of New York--to Moscow or Beijing or Tehran--and sell the property and put the cash in the treasury. Revoke their lease.